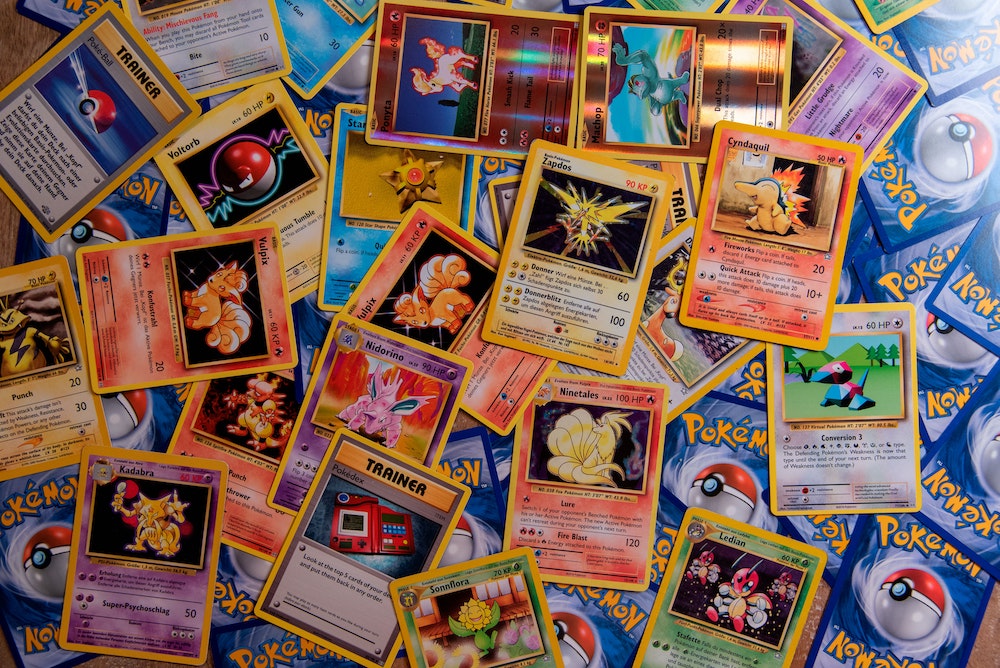 A chat with Pokémon and Trading Card Expert Roy Raftery

Everyone remembers Pokémon but many have been surprised by the huge uptake and insane prices over the past 2 years, with single cards being sold for millions of dollars.

In our latest expert interview we chat to Roy Raftery, manager of Sneak Attack Games, a trading card store in London. Roy has been in the industry for over a decade and has previously been featured in the likes of The Guardian and Business Insider.

Tell us a bit about yourself

My name is Roy Raftery and I’m running a card store. I’ve been in the industry for the last 15 years and during that time I’ve seen it all. I was there when the base set first came out, traveling with my friends and buying packs, playing professionally, and running my own card store. I’ve worked with some of the biggest names in the world, in terms of auction companies and individuals buying and selling cards.

How did you get into the Pokémon trade?

In the beginning it was just saving my pocket money to travel and buy base packs.

Then it became more serious and I started my first store at some point, which was actually more about Magic the Gathering cards.

As with many people though, I got into Pokémon as my son got involved in the game, so I started collecting with him.

When I opened the second store we started running Pokémon events. When you run events and you're seeing kids being so excited about it, you just fall right back into it and it grew from there.

‍What’s your advice for collectors or investors who want to get into the space?

If you want to collect or play for fun, just get a couple packs of the new set Sword & Shield. Each set kind of runs off a theme. So currently it's the new video game. If you like the game, then you can start with that.
‍

Or if you want to just go deeper, you can look for some of the older packs online and go from there. But the further back you go, the more expensive they are.
‍

It’s crazy! So many reasons to get into Pokemon.

What makes a Pokemon card valuable?

The Charizard is the most coveted card, because if you go back to the base set, it was the most powerful: it has the highest HP (short for “Hit Point”, which represents the health of each Pokémon), the strongest attack and it just looks really cool. It just beat every other card.

Later on, Charizard wasn’t the most competitive card in the game and it never won major tournaments, but it always commanded a higher price because of the “base set era”.

So, we now know that the character on the card matters, as well as when the card came out. There is also another factor: “PSA Rating”. Can you tell us a bit more about that?

PSA is a rating agency and when your card is graded, it's encased in this beautiful plastic slab and it's given a grade.

Each graded card has its own ID card code. So you can see population reports online, which shows how many of them are out there.

It's quite exciting seeing how much of something is out there that you own, and obviously that dictates the value. If there are only 6 PSA 10 (highest grade) of a certain card in the world that makes it very rare.

But again, you don't always have to buy a PSA-rated card that is tens of thousands of dollars. You can just buy a card of a Pokemon that you like, just because you like that Pokemon.

So what has caused this rise in Pokémon Card prices? Is it the PSA ratings?

Yes, PSA grading has caused prices of cards to go up, but there are many other factors too.

To start with, influencers! Justin Bieber did an MTV Cribs episode during the pandemic. And as he was walking around, he just had the full base set on his wall. Right after, prices went up.

The other big factor was of course the pandemic. People saw these cards in the media and they were like: “I've got these in my attic!”

Be mindful that sometimes information can be a bit misleading. Influencers might say a card is worth tens of thousands of dollars, and you too might have a Charizard, but you probably don't have a first edition, in perfect condition, that’s graded. I definitely had people come to my store claiming their card was worth 10 grand, but it just wasn’t in good condition, but due to misinformation people thought they were millionaires.

So, it’s important to do your research and do some digging around online.

What do you think is going to happen over the next few years with some of these collectibles in the Pokémon world?

In the short term, we might see a bit of a decline in attention. The pandemic is over, everything is opening up and it's kind of like out of sight, out of mind. We've also just passed the 25th anniversary. So I expect it will just be stable or maybe go down by about a few percent.

But then, it only takes one influencer, one high profile celebrity to be like: “this is back”, and  everyone will jump back on it. (Editor’s note: just this month Logan Paul entered the Guinness World Book of Records with his $5.2M (!) card purchase).

And also  - I know it's a silly thing - but in four years time we will have the 30th anniversary. And then again, everyone will be like: wait, this is 30 years old?!

So, it might dip a bit first, but then go up. It's still a good time to get in!

We've got something exciting coming up!