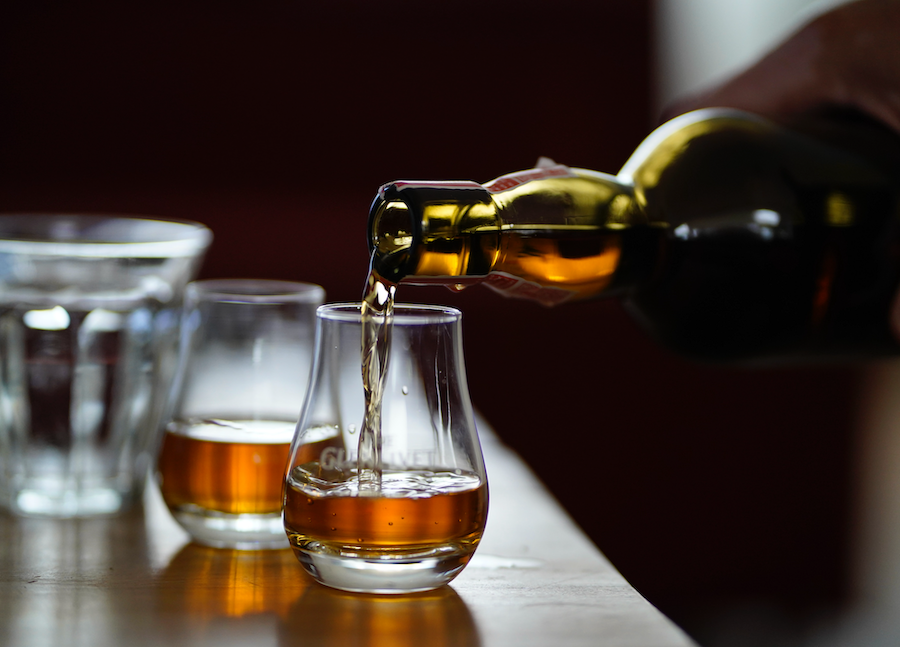 An Overview of the Whisky Market and the History of Whisky

Mark Littler is a whisky broker, a whisky consultant, and a whisky market analyst. Check out his intro here. He’s working with Koia to help source unique and collectible Whisky collections.

In this post we’ll give you an overview of the whisky market from the 1960s until today.

We will focus on single malts, which are whiskies coming from single distilleries using only one type of malted grain. Typically, these are the whiskies which come from the best distilleries and carry the highest value.

1960s and the birth of single malt whiskies

The story starts in the 1960s, in 1963 to be more precise. It was that year when the first single malt whisky was marketed outside of Scotland: Glenfiddich.

Single malt whisky isn't new, and many distilleries started 200 years ago, but as a product that was marketed outside of Scotland, that really only began in the 1960s. Moreover, until then most of the market by far was blended whisky.

In the 1960s and 1970s, there was a real boom and growth in demand for scotch. A lot of distilleries got started to fulfill that demand, to name the most important ones:

With dozens of new distilleries having hit the market, the 1980s saw too much supply with some of the distilleries closing down, also known as the “Whisky Loch”.

All of these distilleries closed and in most cases, were not to be seen again. It’s important to stress that they weren't closed because the quality of the product wasn't good. For instance, the Port Ellen distillery closed during this period, but it's probably the most highly regarded single malt scotch whisky that's ever been produced.  As an example, bottles of Port Ellen are sold for thousands of pounds today and are one of the most high-value bottles around.

Therefore it's got nothing to do with the quality, it had to do with the quantity and the profile of it, because a lot of this whisky was being produced for blends primarily. If the bosses at DCL (Diageo now), who owned many of the distilleries, didn't have a need for that particular style of whisky or could get that demand from somewhere else, they would close that distillery and that's what happened.

An interesting thing to note about the whisky market is that as with any luxury product, branding matters.

There were some interesting releases that came out during the early period.

The whisky that's in the bottle below was rebottled in 2002. It's the exact same whisky. And this time it was released as part of Macallan fine and rare series. It’s the same whisky, the only thing that's changed is the glass bottle. One of the whiskies is worth £4,000, the other one's worth £24,000.

There's a £20,000 difference in price for these two whiskies, even though the whisky inside is exactly the same.

This is a really important thing to understand before we move on any further, is that the packaging and the presentation of whisky is arguably a lot more important in some instances than the quality of the whisky inside the bottle.

1990s- Recovery and the start of cask investment

Moving on to the 1990s, the whisky market started to recover from the whisky loch period and some of the closed distilleries began to reopen their doors again. For example, one of those distillers was Springbank, which came back online in this period.

Whisky has to be matured in a cask for at least three years to be called whisky, and most single malt whiskies are over 12 years old. From the time you start producing whisky to the time that you release it, you've often got at least 12 years until you're able to sell.

As a way to fill gaps in their revenues, the likes of Springbank set up cask ownership schemes. You could go to the distillery, buy a cask of whisky for, say, £1500, and then you owned that cask.

There have been stories of individuals buying whisky in the 90s for ~£4,000 and selling those today for over £200,000. You might be thinking: why am I not going into cask investment? Well, if you bought or spent the same amount of money on bottles of Macallan at the time, you would have had nearly half a million pounds more today!

Another example is the first edition of the Black Bowmore, which released at only £80 a bottle. Today that whisky is worth £10,000 or more per bottle.

2000s - Whisky is starting to become a true luxury product

This is the era in which the industry starts to really get going and whisky or single malt whisky starts to be positioned as a luxury product. Today, it’s Macallan who’s undoubtedly the most famous in the luxury segment, but in the 2000s, it was Dalmore who was the undisputed king of single malt.

Dalmore had a strong strategy when it came to brand positioning. They were one of the first distilleries to open a visitor center, which was a really beautiful visitor experience. They rebranded their bottles, they changed their branding and they became a super premium brand.

Another popular brand in the 2000s was Bowmore. As we just mentioned, the first edition was £80. Now, 12 years later, the fourth edition was released at a whopping £2,400 per bottle. That's a 3000% increase in just 12 years. So you can see how quickly the whisky market is gathering speed and how the momentum was really growing. And that really did continue into the 2010s.

The 2010s saw massive growth. It comes down, in my opinion, to the growth of online whisky auctions. Whiskyauction.com in Germany set up in 1997, but in 2011 Scotch Whisky Auctions opened up in Glasgow and in 2013 Whisky Auctioneer started out.

And what these online auctions did was give people around the world unprecedented access to these really rare and premium bottles of whisky. Since whisky is a licensed product, you can't sell it anywhere. You can't just sell it on Facebook. It's quite difficult to sell, but these online auctions got around all of that and they made whisky accessible.

That's a lot of money for a bottle of whisky, but it's interesting to note that in 2017 (only 5 years ago) we still hadn't hit a hundred thousand pounds for a single bottle of whisky on the secondary market.

Are all good investment bottles tens of thousands of pounds? No. One of my favorite releases from this period with the Macallan Coronation Set, it was released in 2013 to commemorate their Queen's coronation and the anniversary of the Queen's coronation. It was released about a hundred pounds or so. 12 months ago, that bottle was worth about 2,000, and the current market value (April 2022) is about £4,600. It's one of these bottles that slept for a long time. And it's now really gathering in momentum. And I can see it going, maybe doubling in price in the next couple of years as well.

Welcome everyone to the 2020s. This is the time of whisky, madness and hysteria. It's interesting to note that about 2018 was the peak of the market prices then dropped a bit in 2019.

But now back to today’s world in 2022, the market has arguably never been stronger than it had been before, but there's a big dichotomy.

There's the modern bottles that have been released in the last few years versus the old bottles.

There is the example mentioned earlier, with Macallan, 1937 to 37 year old, with a £20,000 difference between the 1974 and 2002 bottlings. There's another good example with Bowmore db5, which is seeing different editions of the same liquid auction for £115,00 vs £12,000. A hundred thousand pounds difference in price for the same whisky in two different packages.

There's a real lack of understanding in the market. And there's a real lack of insight. People are simply seeing prices jump and jump and jump, so they start jumping on board, and the price keeps jumping. I believe there will be a correction in the market for some of these modern releases. However, when you look at how the old and rare bottles are performing, they're going up nice and steady.

There have been some notable releases of late.

One of my favorite ones is the Brora Triptych. The Brora distillery, as we mentioned, closed down many years ago, and then it just came back online in 2021.

The first release the distillery created was this monumental three bottles set in a huge wooden cabinet. It’s £30,000 and it's just a sensationally well-packaged whisky.

So there's been a huge surge in prices of these previously closed distilleries coming back online. Why? Brora has just come back online after a massive redevelopment by Diageo and making very expensive ultra luxury releases, like the Brora Triptych. A lot of money is being invested in marketing, which means they will go from brands that are only really known to whisky connoisseurs or whisky geeks, to brands being known by the general public, potentially resulting in a further surge in prices.