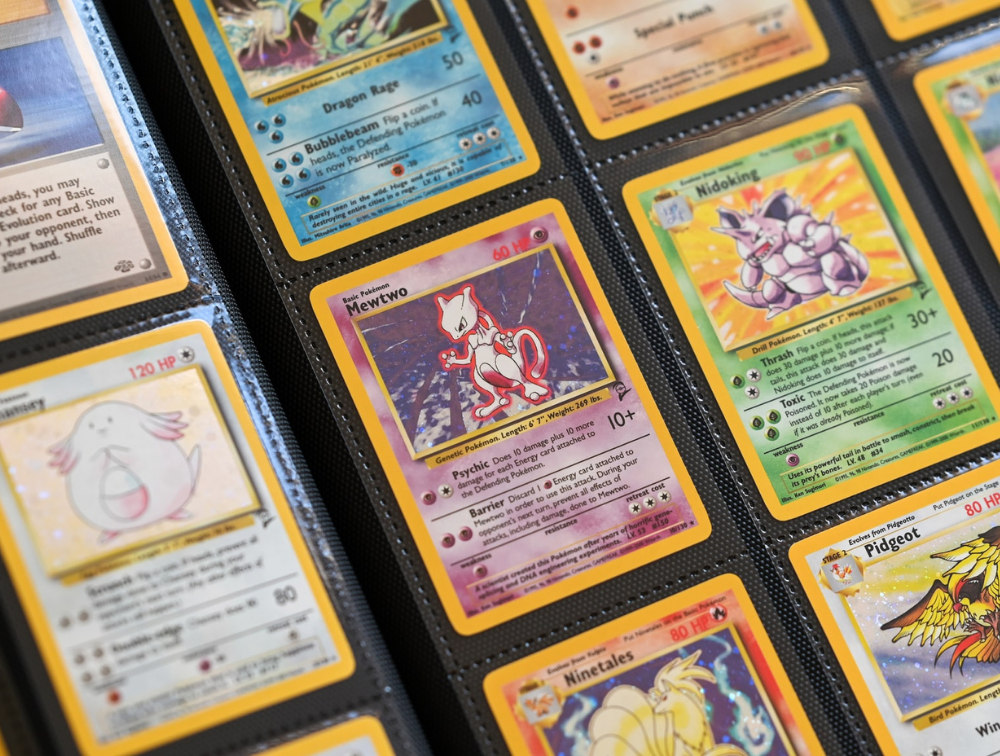 What makes a Pokemon card so valuable?

Had you asked an investor five years ago if they’d rather have a brand new sports car or a rare graded Pokemon card, they would have laughed and taken the keys. However, if you posed that same question in current times with some knowledge on the Pokemon market, you may be surprised to hear that many would now choose the Pokemon card.

With playing cards like the desired Charizard reaching an astounding 6 figure price it’s clear that if there’s a time to invest, it’s now. To analyse the meteoric rise of Pokemon both in the trading card market and investor market, we must go back to the start. Within this blog post, we will look to understand what generated the hype of the Pokemon brand and how this is impacting the world of investment. What has led internet influencers like Logan Paul to spend over 2 million dollars on his personal collection, or even the American rapper Logic to spend $220,000 on a single card?

Pokemon is a Japanese media franchise that started in 1996 but would quickly ascend into the global brand it is known as today. By 1999 gaming magazine Pyramid reviewed that “Pokemon is the second most popular collectible card game in Japan”, after just three years on the market!

The card game is easy and intuitive for players to pick up, the card designs have incredible graphics showcasing the various characters and traits. Boosting it with a glossy finish to any special ability or most desired character in the game. Pokemon really flourished when it hit the US, selling 400,000 packs in less than 6 weeks upon release. Since then, it has remained a global phenomenon within the collectible card community, with over 34 billion cards being sold as of March 2021.

Pokemon’s incredible surge in popularity into the mainstream market can be credited to the app Pokemon Go. Released in 2016, the app accumulated a staggering one billion downloads since its release. This propelled Pokemon back to such relevancy that it even had Hilary Clinton referencing it at a political rally to relate to the younger audience, if you don’t believe us, check it out here:

The evolution of the hype from the digital game to a physical investable asset came at the hands of the initial hit of coronavirus. With the world stuck indoors, we looked to content creators for entertainment, and it seemed that the Pokemon trading card game was about to hit the mainstream and take the investment world by storm.

With its nostalgic hit from every booster pack opened on screen, new releases were selling out immediately and older and more rarer cards became huge appreciating assets. Due to popularity, websites such as Stockx, where individuals can resell valuable items, started to list Pokemon cards alongside designer handbags and watches. The hype arguably extended into a frenzy when Logan Paul convinced one of the world's most notorious Pokemon card collectors to sell him the holy grail of Pokemon cards, a PSA 10 First Edition Charizard, for $150,000.
‍

When investing in Pokemon cards, the most popular cards are the ones that have already been ‘graded’. These are cards that have been submitted to an official grading company (for example, PSA or BGS) to judge their condition and quality of the card. The higher the grade, the best being a GEM Mint 10, the higher the value of the card. When cards are being graded, these companies look at 4 factors.

- Surface quality of the card

- Centering of the card

The perfect card, a Gem mint 10 or labelled as GEM-MT 10 on the cards, are deemed flawless and therefore the cards are amongst the highest in demand. When it comes to Pokemon, PSA and BGS are the two grading companies that dominate both the UK and US markets. However, the United Kingdom has recently seen the introduction of a new structure known as ACE grading, started by influencer and Youtube Randolph, whose content is predominantly Pokemon related. With new grading companies and structures coming about, this only signifies the demand on the market is getting to exponential levels and the demand for graded cards is flying through the roof!

How to know which Pokemon cards are worth the investment?

With interest growing and non-stop hype circulating in the industry, Pokemon cards have become an incredibly popular alternative asset to invest in. With the market continuously booming and stopping no time soon, investors are looking at incredibly high return potential. A lot of the older and rarer Pokemon cards, like the infamous Charizard card, are becoming not only financially smart but fashionable items to have as well.

A big factor when making a decision about the worth of the card, and whether it’s worth investing in, is what Pokemon character or collection it actually is on the card. Pokemon is known as the ‘original 151’, which were the pokemon introduced in the first games ‘Pokemon Red & Blue’ and the original 1996 card set.

These include popular Pokemon such as Pikachu, Squirtle, and the coveted Charizard. Due to the novelty of these original Pokemon, it makes them far more appealing to original collectors and investors, as they are Pokemon characters that people are more familiar with.

The final factor to consider is cards that have a misprint or error. Despite not being a mint card due to not being positioned correctly or incorrect spelling, some collectors see this as rare, as they do not come around very often. In the world of Pokemon and all trading cards, sometimes even a tiny flaw can be seen as a positive to the value of the card and, therefore, to the desirability and investment potential.

The demand from avid collectors, celebrities and millionaires alike is propelling the market at an unprecedented rate, meaning no time like the present is the perfect time to get involved as an investor or collector. Why not look at diversifying your asset portfolio by viewing our collection of assets on the Koia app, see more here.

Home
How It Works
FAQ
Fees
About Us
Blog
Careers
Terms
hello@joinkoia.com
Information on this website is intended for information purposes only and should not be considered investment advice or any form of solicitation.