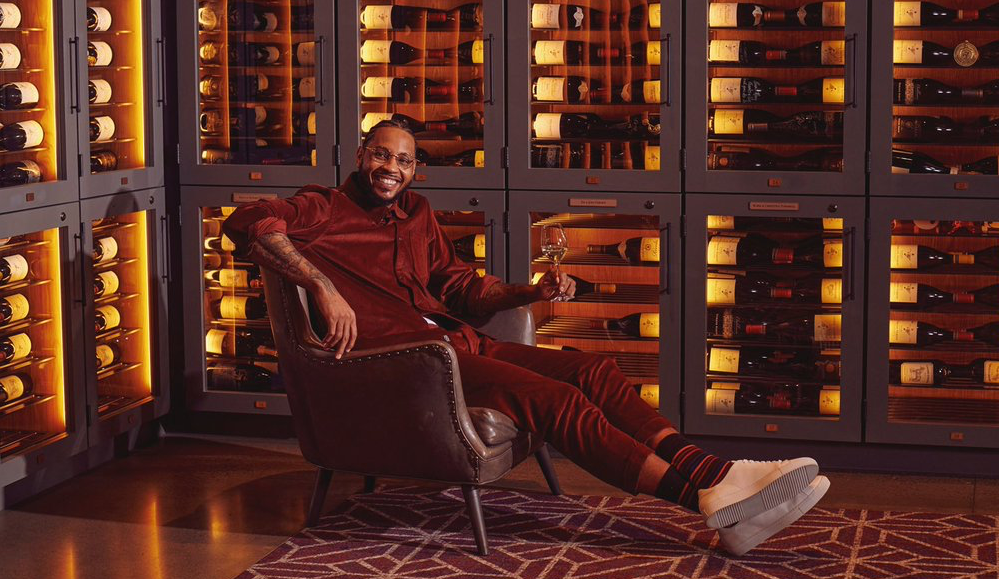 Collecting fine wine has long been the playground of the world’s rich and famous. Get a glimpse into the fascinating world and cellars of some of the most famous wine collectors around the globe and find out how you too can start your own wine collection.

Perhaps the world’s biggest wine collection is held by French collector Michel-Jack Chasseuil, who holds over 50,000 bottles of fine wines in his vast cellar in the western France. Chasseuil considers his collection an important piece of French heritage and after several museums rejected the idea of displaying his collection, he decided to work on transforming his cellar into an exhibition space. Visits to the cellar will reportedly set you back a considerable sum of 500 EUR (£430), just to look. Chasseuil plans to open up his “Louvre of Wine” later in 2021.

There’s famous wine collectors, and then there’s infamous wine collectors. Sadly, from time to time there are cases of fraud in the world of fine wines and you need to be careful who you’re dealing with when buying fine wine. The most high-profile case of wine fraud is the one which has been documented in Netflix’s Sour Grapes documentary featuring wine fraudster Rudy Kurniawan, who has produced millions of pounds worth of counterfeit wines. He ultimately got found out and charged with a 10-year jail sentence.

Another infamous wine collector is the late German Hardy Rodenstock. He was known for being able to source extremely old and rare wines and one sale in particular has captured the public’s imagination. In 1985, he came in possession of a number of 18th century bottles of wine, one with the initials “Th. J”, believed to have belonged to Thomas Jefferson. The authenticity of this and other bottles allegedly having belonged to Jefferson - sourced via Rodenstock - were later questioned, with a book “The Billionaire's Vinegar” being dedicated to the controversy.

The days that wine collecting was solely the domain of older white men is officially over. NBA stars like LeBron James, Carmelo Anthony and Dwayne Wade have made wine cool, within and beyond NBA circles. The latter two have even launched their own wines - and not just any wine. Wade, for his collection, collaborated with Jason Pahlmeyer, whose fine wines have in the past received perfect scores from critics like Robert Parker and Wine Advocate.

How can we explain this newfound interest in wine? The San Francisco Chronicle wrote about fine wine as the new NBA’s status symbol and explains how it fits into a larger cultural shift where NBA players - or any professional athletes for that matter - are no longer just athletes. “They’re tech investors and businessmen. They’re activists. They’re personal brands. Wine is simply the most visible emblem of this larger cultural shift.”

Aside from collecting cars or shoes, collecting wine is now becoming the norm.  “When they were first in the league … it was the jewelry and the cars and the rock star lifestyles and all the accoutrements that comes with that. … Now no longer are people impressed by your financial portfolio or how big your house is. … It’s who can bring the best bottle of wine.” said Wade’s wife Gabrielle Union.

The connection between wine and sports doesn’t end with the NBA, with former Manchester United manager Sir Alex Ferguson also being a big-time wine collector. He says of his hobby: “The importance of collecting wine was that it served as a distraction and gave me a balance in my life that helped me in dealing with the intensity and demands required of me as the manager of Manchester United.”

A few years ago, Ferguson sold part of his collection in a charity auction in partnership with Christie’s, bringing in more than HK$29M (£2.7M). “In retirement, I now have the time to visit the places and people that will feed my passion, so felt it made sense to release a large number of the wines I had collected over the years. I hope many will enjoy exploring my collection.” is what Ferguson said of offering his collection.

Collecting and Investing in Wine

One of the reasons why these wine lovers have so many bottles of wine stored is because wine gets better with age. As fine wine ages, it becomes better to drink and it appreciates in value. Most serious collectors deeply appreciate wine for its taste, but also buy some for investment purposes to sell on for higher amounts at a later time. You can read more about investing in wine in our beginner’s guide to investing in wine.

Looking to start your own wine investment journey? We’ve got you covered. You no longer need to be a millionaire with your own wine cellar at home. Whereas traditionally you needed to buy entire cases of wine to get started - with the most exclusive cases costing thousands of pounds per case or even per bottle - Koia allows you to buy fractions of cases of fine wine, accessible with any budget. For the first time in history, we can now all reap the financial benefits of “collecting” wines.