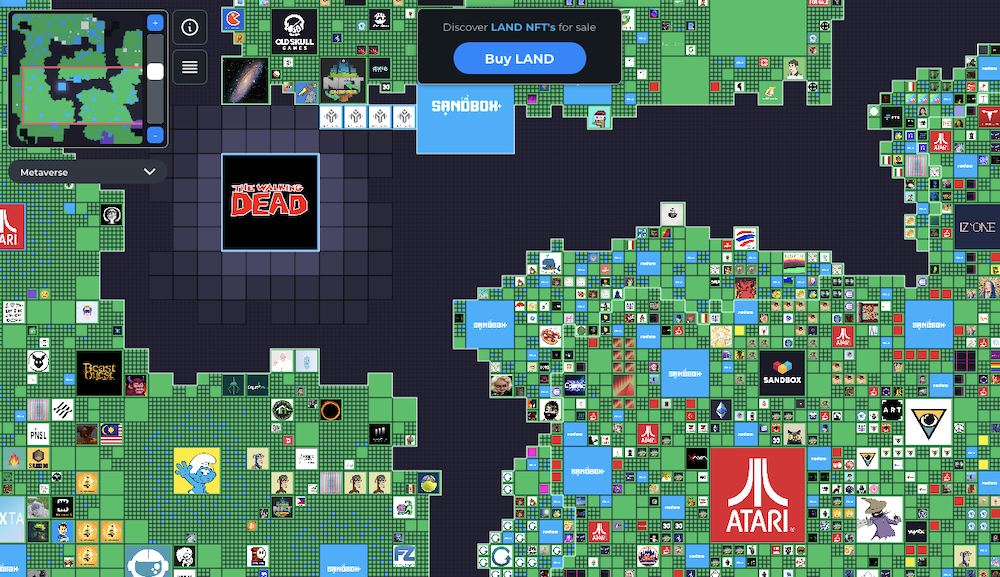 What You Need to Know About Virtual Land in the Metaverse

Virtual land sales have been making headlines in recent weeks with a plot in virtual world Decentraland breaking all records and selling for a whopping $2.43 million. Only to be surpassed by another $4.3 million sale days later. The million-dollar plot is part of Sandbox, a blockchain-based game which counts celebrities like Snoop Dogg and Steve Aoki amongst its newest residents.
‍

As mind-boggling as these million dollar land sales might sound to those newer to the crypto-world, advocates believe metaverse land is the next big thing and early buyers will be able to reap the largest rewards. What's more, buyers of the most expensive plots are often savvy professional investment firms. Read on to learn more about the potential they’re seeing - hint: there’s more to it than speculation or bragging rights!

What is virtual land?

Let’s go back to the basics. The cryptosphere has been evolving at an unprecedented pace in 2021 and it can be hard to keep up.

In essence, virtual land makes up a basic building block of “The Metaverse”, a next iteration of the internet where physical and virtual worlds collide including hyper-realistic VR experiences and its own economies. Examples include Sandbox, Decentraland and Cryptovoxels, part virtual world and part game, which allow users to buy land in their universe.

VC firm Grayscale estimates the metaverse to be a $1T opportunity, while others are as bullish to estimate it at $30T! For comparison, the market cap of the largest internet companies in the world today such as Facebook is ~$900B, while Apple's is $2.8T at time of writing.

There are lots of reasons why someone might buy virtual land, and we are even seeing governments getting involved. Below we look at some of the most common reasons someone might see value in buying virtual land and the different ways in which land owners can monetize their digital assets.

Since you now are the owner of the land you can build experience on top of the land or rent it out to others to do so. You can rent out space to brands to simply advertise their brand or host branded experiences like fashion shows. Brands are also buying plots of land directly, as an example, Adidas recently purchased a plot of land in Sandbox.

Similar to how many cryptocurrencies have a maximum total supply (e.g. bitcoin) or maximum inflation rate (e.g. ethereum), most creators in the metaverse limit the supply of their land. As brands flock to the metaverse, developers create games and artists host exclusive concerts or experiences, there is an expectation that there will be a natural increase in users wanting to consume the content, and with that growth in users and demand, prices will rise. Decentraland's founder, for instance, said that users grew 10x in the past few months.

As mentioned earlier, there’s more to metaverse land than speculation, but that doesn’t mean that speculation isn’t a (big!?) part of people’s buying decisions. With all the current hype surrounding virtual land buyers, a lot of purchases are still driven by speculation and that can’t completely be explained by the numbers.

For example, if we look at Decentraland’s coin MANA, it’s gone up by more than 3,000% in 2021 and has a market cap of over $5 billion dollars at time of writing. Decentraland’s co-founder said in December the platform sees over 300,000 monthly active users, and while that’s not a small number for a young platform; the number of active users that a non-crypto gaming apps would need to achieve a similar valuation would be multiples of that. For comparison, Fortnite, which has 80 million monthly players, is currently valued at $29 billion. Put another way, that equates to just under $400 worth of market cap for each one of Fortnite’s monthly users, compared to nearly $17,000 for each of Decentraland’s monthly active users.

In the real-world, most people buy their home to enjoy and live in. Similarly, in the metaverse and games like Fortnite, a lot of purchases happen simply because the buyer wants to enjoy the item. Whether that joy comes from having extra powers in the game, elevating their status or getting access to exclusive events. Throughout 2018 & 2019 Fortnite has generated over $9 Billion in revenue! This has come from its in-game purchase allowing users to enjoy additional features, skins, outfits and accessories. Snoop Dogg, announced he’ll host private virtual events and give users the opportunity to have him perform on their land.

The more experiences are being built on top of these virtual worlds, the more attractive it should in theory become for new users to come on-board, which will inevitably lead to price increase of both the land itself, but also of the tokens it is bought with – most virtual worlds use their own cryptocurrency and the value can fluctuate. Today, most of the environment in the metaverse is still being built, which can be compared to the “real” world  world, where  the value of a house in a newly developed neighborhood will only grow with the community built around it. In 3 years time it will be full of cultural hotspots, shops, cafes and will become the place where everyone wants to hang out.

Who’s behind these massive sales?

Another interesting point is to look at who’s behind the big buys and why they’re getting in on the action.

The answer? Behind some of the biggest purchases are some serious investment firms and large brands. “Metaverse Group” and “Republic Realm” are behind the million-dollar record sales mentioned in the intro.

Both companies are, similar to traditional real estate developers, not only buying the land, but developing it to add value. This allows them to not just rely on the demand for the land going up naturally, but have more control and maximize returns.

Republic Realm mentions on their website a few development projects they’re working on include:

Metaverse Group talks about  how aside from real estate acquisition and development, it will work on “district development”, similar to how large traditional real estate developers often buy up a number of buildings in the same district and completely change the scene.

As a new and emerging area, there are a number of risks associated with virtual land. To start with, there are general risks that come with any crypto project, which we won’t go into here as much has been written about it - for a quick overview check out this blog on risks of owning crypto.

When it comes to virtual land specifically, a few specific risks apply:

1). Too early to know which projects will win

Even if virtual land as a concept or asset class will go to the moon, it remains to be seen which developers will turn out to be the winners. Perhaps a new game will come out that has more interesting features or experiences and users will flock to the new platform, leaving Axie Infinity, Sandbox or Decentraland behind. Keep in mind that while Sandbox was originally launched in 2012, the blockchain game is a pivot from their original game and it’s only officially launched ist alpha in November 2021.

Some skeptics worry that virtual land is a hype amongst crypto-speculators but there won’t be enough real user interest in the end and not enough consumers who want to come and spend money on the goods and experiences being offered in the virtual world. The founder of Second Life Philip Rosedale for example - the predecessor of everything we’re seeing today - used to be a huge early advocate of the metaverse and proclaimed in 2007 the 3D web will be dominant and we’ll all have our avatars. Almost 15 years later Rosedale is still enthusiastic about the promise of virtual worlds - in specific use cases - but also has several words of caution on the metaverse. He warns of how it’s stressful not to be able to use facial expressions, how not everyone will prefer living in the metaverse, and how there are still significant technical barriers to be overcome to provide a seamless virtual reality experience.

“If you live a comfortable life in New York City and you’re young and healthy, you probably are going to choose to live there. If I offer you the life of an avatar, you’re just not going to use it very much,” Rosedale says. “On the other hand, if you live in a rural location with very little social contact, are disabled or live in an authoritarian environment where you don’t feel free to speak, then your avatar can become your primary identity.”

The metaverse promises to be an exciting new chapter of the internet, where our physical and virtual lives will merge further than ever before; virtual land will make up a key building block in these new virtual worlds. Twenty years ago a storefront on Fifth Avenue was the holy grail, today a front page ranking on Google or Amazon can drive millions in revenue, and tomorrow a prime piece of real estate in the right virtual world might be that equivalent. However, as an emerging area there are significant risks and we’re early on in the adoption curve, meaning it’s still a bet which platforms will come out as the ultimate winners and what it is that users really want.

Are you interested in buying a piece of a plot in Decantraland, The Sandbox or another virtual world? Let us know in the community!

At Koia, we allow you to start investing in tangible assets for as little as €50, via fractional investing. Our experts make sure to source and buy the best assets, and we take care of authentication, storage and insurance. All of the benefits, with none of the hassle.

Please check your inbox.
Oops! Something went wrong while submitting the form.
Thank you! Your submission has been received!

Information on this website is intended for information purposes only and should not be considered investment advice or any form of solicitation. Koia Technologies OÜ, F. R. Faehlmanni tn 5 Tallinn Harjumaa 10125, operates an EU-based crowdfunding platform.

Payment accounts are opened by Paynetics AD (via Paystratus Group Ltd, a Technical Provider of Paynetics AD) with company address at 76A James Bourchier Blvd, 1407 Sofia, Bulgaria, company registration number 131574695 and VAT BG131574695, pursuant to an e-money license issued by the Bulgarian National Bank No. 44/11.04.2016.
‍
Terms & Conditions
Product
Home
How It Works
FAQ
Fees
About
About Us
Blog
Careers
Sign Up
Download App
Contact
hello@joinkoia.com 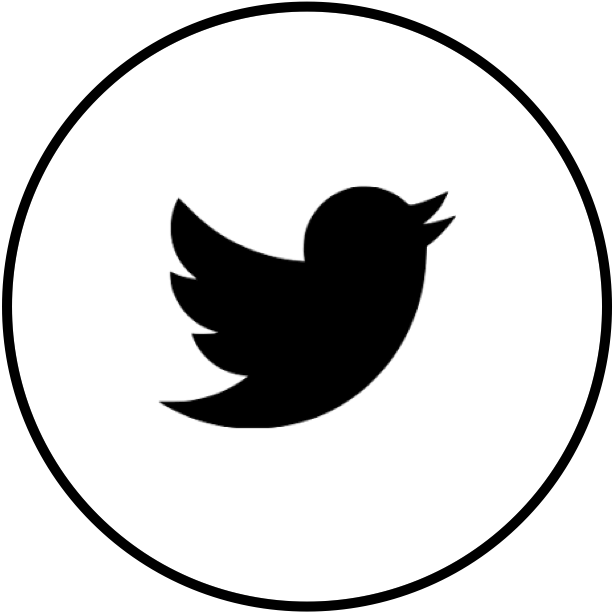