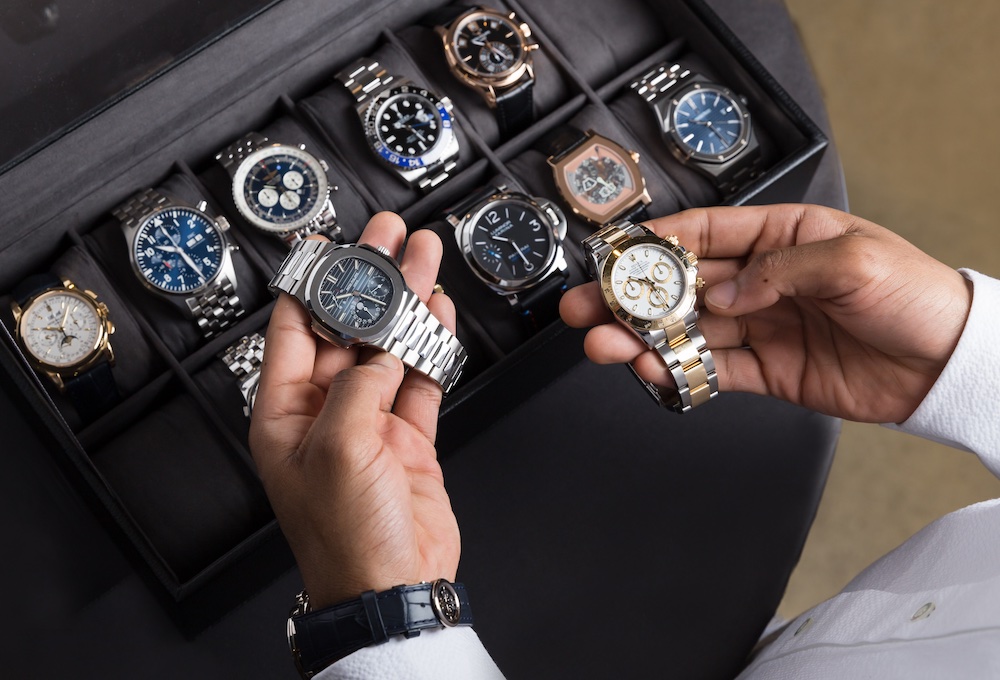 Interest in watch collecting is on the rise and if you’ve been following the market for luxury watches, you may know that many collectable pieces have continued to rise in price throughout the pandemic. Before you start investing in watches, however, you may want to first understand what drives these price movements to help you assess whether the trend will continue and what factors might hinder growth. In this article we will explain some of the key factors that impact prices.

‍Any watch collector will know that getting your hands on an exclusive watch is no easy task. Going into a Rolex boutique and asking for, say, a Cosmograph Daytona, will typically either get you a straight up “no”, or a place on a multi-year waiting list and being advised to buy up some non-collectable models first.

If you’re wealthy but don’t want to wait, the next option is to check out the secondary market where you can buy the same pre-owned watch - sometimes unworn in completely new condition - for a premium compared to the original recommended retail price.

That move from the primary to secondary market is where the first jump in price takes place. Someone can walk out of a watch store and immediately resell their collectable watch to a dealer for a decent mark-up. In the case of our Rolex example, this model sells for ~2.5x the Recommended Retail Price (RRP) price on the secondary market.

As an aside, you may now wonder why the most sought-after brands don’t simply increase their prices. The official answer is typically that brands want to make their watches accessible to watch lovers. While that may be part of the story, this video does a good job explaining how by only giving people access to collectable items once they’ve purchased a certain amount of non-collectable items, the brands can ultimately increase their revenue and reward their top customers with that exclusive status symbol.

If you can’t get your hands on a watch directly from an authorized dealer - a company officially appointed by the manufacturer to sell its goods - you may still be able to invest in watches.  Looking at historical data, a number of watches have increased significantly in price over time on the secondary market. For instance, the above examples - the Royal Oak Blue Dial, and Rose Gold Royal Oak  and Nautilus - have all gone up in value over the last year(s) with increases ranging from 45% to 84%.

Of course, not every watch is suitable for investment and you can find more about that in our introduction to watch investing, but if we look at more collectable models the increase in value typically ranges anywhere from 5-15% on average per year. Below we’ll go into some of the main reasons these watches have historically gone up in value over time.

At a most basic level and similar to other alternative asset markets like fine wine, there is a clear element of increasing scarcity and growing demand. Many watch collectors simply collect watches because they love to own and wear them and don’t plan on selling their collections. This means that, meaning the supply of limited-edition models goes down over time. Moreover, there is an increasing demand for luxury watches, with McKinsey predicting the market for pre-owned watches to grow to $30 billion annually in 2025, a 60% increase from when the report was published in 2019.

Whenever a brand announces they will discontinue a certain model, immediate price jumps often follow. For example, when Patek Philippe announced it would no longer produce its popular 5711 model, prices on the secondary market rose from around €60,000 to €90,000, a 50% increase in price in just a matter of days.

Similar price increases can be observed with other popular models that are being discontinued. If you’re taking your watch investing seriously, it can therefore certainly pay off to stay up-to-date with the latest news to inform your decisions.

Popular celebrities wearing certain watches can increase demand - from collectors and speculators alike - and therefore cause an increase in a watch’s price. One recent example of this occurred with a watch worn by Kanye West. The Cartier Crash saw a significant increase in value from $30,000 to $100,000 in only a handful of years, which according to watch publication Rescapement was driven by its association with Kanye.

Richard Mille is another brand favored by celebrities, with fans and ambassadors including high-profile celebrities like Pharell Williams, Jay-Z, Ed Sheeran and Rafael Nadal. With some of its watches exceeding the $1,000,000 mark, it’s the ultimate status symbol for some, and original retail prices have increased significantly each year, as the brand is gaining in popularity. According to Chrono24, people under the age of 35 are responsible for 60% of the searches for Richard Mille on its platform.

More broadly, the rise of social media platforms such as Instagram, over the past decade, has significantly increased the ability for brands, influencers and collectors to reach new audiences adding to  the popularity of certain brands and models.

With retail investors, perhaps most sensitive to celebrity culture and trends, brands popular with celebrities may reap benefits as the market for alternative investments is increasingly becoming more accessible.

The most high-end and exclusive models are often sold at auctions. While it’s hard to quantify its exact effects, watches selling for record-prices can impact broader market prices and sentiment. This phenomenon is of course most known in the world of art where auctions are one of the primary reference points when assessing value. It’s no surprise that the majority of the most expensive watches sold at auction are exclusive Patek Philippe’s, the same brand that also demands one of the highest retail prices with entry level models priced at €15,000+ for its least exclusive watches. Today, the most expensive watch sold at auction is the one-of-a-kind Patek Philippe 6300A-010 Grandmaster Chime sold at the OnlyWatch Charity auction in 2019 for more than $31 million.

Exclusive investment watches have historically gone up in value and there are a number of factors that can explain this price rise. Firstly, there is a long wait list for buying collectable watches directly from the official dealers so there is a price difference between the primary and secondary market. On the secondary market, prices increase because of growing demand, discontinuation of models and celebrities and auctions driving further price rises.